The Crucifixion by Perugino in Borgo Pinti

Borgo Pinti is one of the main streets of Florence which takes you to the historical centre. On this street there is the complex of Santa Maria Maddalena dei Pazzi, founded in 1257, and dedicated to the Florentine Carmelitane.

In the Charter House of this complex, Perugino (c.1446/50-1523), an Umbrian painter of the Renaissance period, active between Umbria, Tuscany and Rome, frescoed the theme of the Crucifixion.

The decoration is a triptych and takes up a whole wall, divided by the ceiling vaults and the painted architectural arch elements. The harmonious and luminous scenery contributes to decreasing the emphasis of the drama represented by the scene, that reflects the typical serene and meditative attitude of the artist.

During the summer it is hard to have access to the complex, because the main entrance it is through the local school, which is currently closed for holiday.

An earlier version of the same subject it is visible in the National Gallery of Art in the United States.
If you are curious and you want to know more about it here the link:
The Crucifixion with the Virgin by Perugino

Posted by Simona Albanese at 8:06 PM No comments:

The Museo of Bargello in Florence is one of those museums less visited by tourists! It has an extensive sculpture collection, including some of the best work by Donatello, Verrocchio, Michelangelo, Cellini and Giambologna. It has a collection of Renaissance medals on the second floor, which includes some wonderful work by Pisanello, a charming collection of Medieval household implements such as combs, hair pins, mirrors and ivory caskets in the so-called Sala degli Avori, or Ivory Room.

This building itself was the official residence of the Captain of the People, later the Podesta` of Medieval Florence, but also as a prison where many convicts awaiting execution would spend their last days.

In this museum there is a room on the first floor, the Chapel of St. Mary Magdalene, the place where the convicts would spend their final hours before beginning their journey to the scaffold. Vasari informs us that Giotto (1267-1337), a famous Italian painter, acclaimed for the cycle of Saint Francis in Assisi and for the Arena Chapel in Padua, painted on the altar wall of the Chapel of St. Mary Magdalene a portrait of his friend Dante Alighieri, the writer of the Divine Comedy.

In 1839 a group of Italian art-lovers, having read this same passage in Vasari's Lives of the Artists, applied for permission to search for the portrait underneath the coat of whitewash that had meanwhile been applied to the walls. They uncovered a largely ruined cycle of frescoes depicting, amongst other subjects, Hell and Paradise. Below the figure of Christ they found the group described by Vasari complete with Giottos's portrait of Dante.

Unfortunately, the face of the supposed poet was badly damaged. Dante's characteristic profile was quickly returned to him by simple and pragmatic exigency of a restoration policy of the time.

Therefore today its authenticity is more than dubious!

You know the best thing to do it is just to go and check with your own eyes next time in Florence!!!

Posted by Simona Albanese at 12:47 PM No comments: 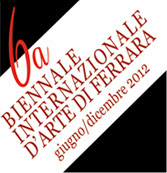 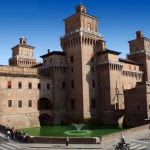 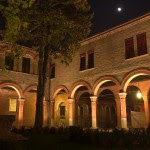 A presto!
Posted by Simona Albanese at 3:28 PM No comments:

Caravaggio's Raising of Lazarus is in Rome

Finally, after several months of conservation, Caravaggio's Raising of Lazarus will be on display for a month at Palazzo Braschi, the current Museum of Rome, to then return to Museo Regionale of Messina.

The painting was produced in the last years of Caravaggio's life in Sicily, after he fled from Malta. Commissioned by the Genoese merchant Giovanni Battista de' Lazzari for the Church of the Padri Crociferi or "Cross-Bearing Fathers" in Messina, the Raising of Lazarus is interpreted as redemptive for Caravaggio who is a fugitive for murder and with a death sentence on his head, desperately in need o a miracle.

So if you are in Rome in the next few weeks, don't miss this opportunity and go to visit this work together with the museum of Palazzo Braschi, located between Piazza Navona and Corso Vittorio Emanuele.


Posted by Simona Albanese at 5:36 PM No comments: