Another Italian masterpiece at the National Gallery of Victoria

This year the National Gallery of Victoria celebrates its 150th anniversary. What a magnificent present for all the art lovers... another wonderful Italian masterpiece has been added to the collection...that is fantastic!!

I will certainly take the time to go and have a look to this work!

Regarded as one of the prominent artists of the High Renaissance together with Michelangelo, Leonardo and Raphael, Correggio is well re-known for the fresco ceiling he decorated in Parma, such as the Assumption of the Virgin for the Cathedral.


This work was clearly a catalyst and inspirational example for the sotto in su technique later used by the painters of the Baroque period, such as Lanfranco's Assumption in Santa Andrea della Valle in Rome.
Correggio was a precursor and innovative artist, an example for many other artists, so well done Melbourne!
A presto!
Posted by Simona Albanese at 2:28 PM 1 comment: 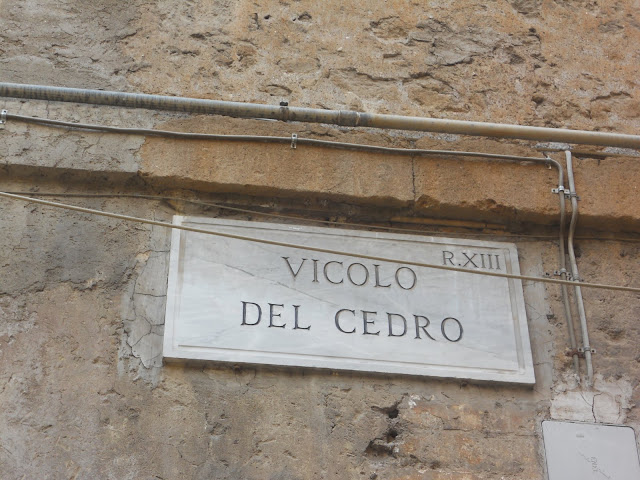 In the heart of Trastevere, Rione XIII, not far from Santa Maria in Trastevere.

From Vicolo del Cedro you can easily reach the Janiculum Hill, the steps are a short cut and I like to walk along there with my son, who loves to stop and drink in one of the old Roman public "fontanelle"

So maybe next time you are in Rome, take a short cut and have a look around the back streets of Trastevere!
A presto!
Posted by Simona Albanese at 11:07 AM No comments:


Each year on the night of August 10th, Italians turn their eyes towards the sky hoping to spot a shooting star.
This night is, in fact, since ever, dedicated to the martyrdom of San Lorenzo, who is buried since the third century in the homonymous basilica in Rome. The shooting stars represent the tears poured by the saint while dying on August 10th - it seems all those tears wander around  the sky all the year, until when on this night, shooting stars appear creating a magic and fantastic atmosphere.


On this night, in fact, it seems that all your dreams come true, if you spot a shooting star and recite the nursery rhyme "Stella, mia bella stella, desidero che.." (Star, my beautiful star, I wish).....

So, if you didn't know that, this is something to celebrate next year....

A presto!
Posted by Simona Albanese at 11:01 PM No comments:

Pietro da Cortona: the Rape of the Sabine Women

Pietro da Cortona again!!! The subject of my Master thesis when I was still in Auckland.
The Rape of the Sabine Women is a subject well known and practiced by many artists, included Pietro da Cortona, who received the commission by the Sacchetti family. This painting, today in the Pinacoteca Capitolina, was executed by the artist before the Triumph of Divine Providence for the Barberini Family in the Palazzo Barberini in Rome.

If you have occasion to visit Rome, don't forget to stop and admire this artwork in the Pinacoteca Capitolina at the top of the Campidoglio!

What a beautiful thing...going to Rome and see the Forum, walking along the old Roman ruins with some friends or by your own. Why not enjoy this especially when the season is so warm?

So if you are planning your holiday in September or October learn some intensive Italian in the next few weeks in Brisbane.

Just get in touch!!

It is the work which for excellence represent the good life, the passion for beautiful things and the joy for life!!! The Banquet of Cleopatra by Tiepolo at the National Gallery of Victoria is there for everyone....so next time you are in Melbourne go, enjoy and admire this work, as many other beautiful artworks in the gallery!!
Connect with Italy - there at the NGV!!!
A presto!!
Posted by Simona Albanese at 12:33 PM 1 comment: