A particular moment in Brisbane

I apologize for not having the time to do regular posting at the moment.

We have had few problems with the flood here in Brisbane, therefore I haven't done any posting or comments or reviews on exhibitions, art events or art seminars and Italian classes.

From next week, after I have moved in a new place I will get back in track and I will start my posting. 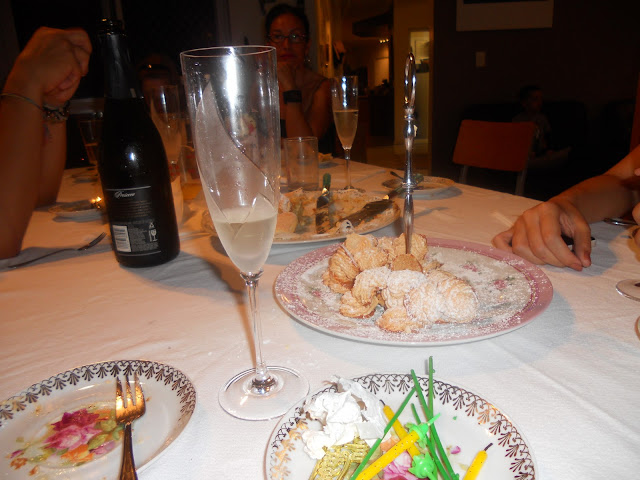 Have a lovely Sunday!!!
Posted by Simona Albanese at 11:16 PM No comments:

Going under water in Brisbane 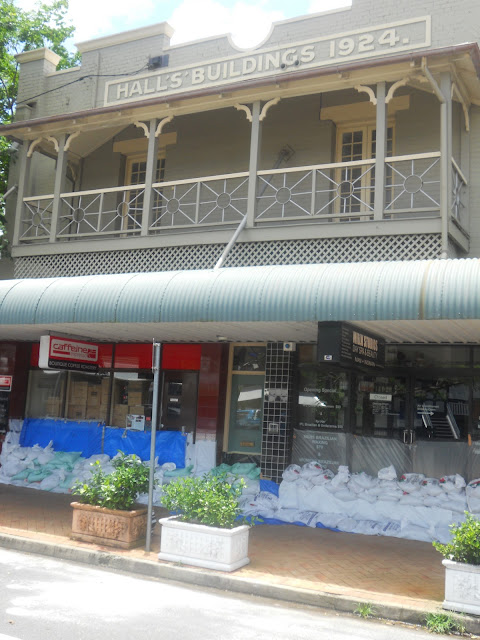 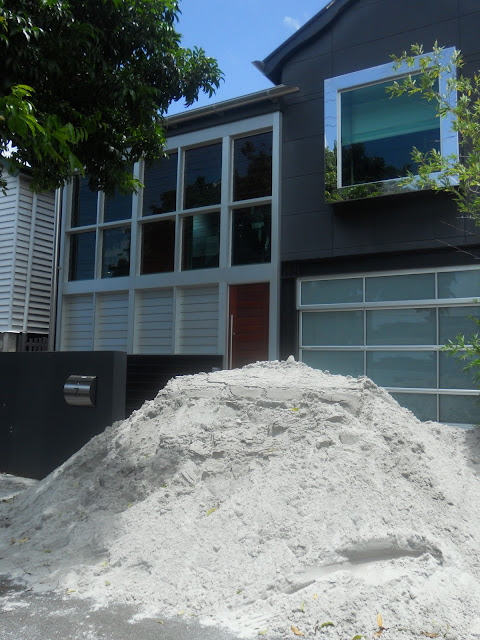 The water is here now and in the next few hours will become very dangerous to go around especially in the area effected by the flood...even beautiful buildings will go under water like these one on Commercial Road where they have put sands bags in front of the shops.....
If you want to know more and see other photos on the flood have a look to my other blog:
Brisbane daily
Posted by Simona Albanese at 2:52 PM 2 comments:

Rovereto is 20 km south of Trento, in the southern part of the Trentino-Alto Adige region of Italy. In this community there is the Museo di arte moderna e contemporanea di Trento e Rovereto, where a wonderful exhibition on the sculptor Amedeo Modigliani has been organized, therefore don't waist this occasion if you are in the area.

Posted by Simona Albanese at 10:33 PM No comments:

Genoa, "La Superba", as it was called by Petrarch, during the XVII century was an independent republic. Between the second half of the XVI and the first half of the XVII century Genoa commanded the banking market of Europe.
This city is full of history and art. For the Gran Tourists the most important place to visit was the New Town such as the Strada Nuova, today called Via Garibaldi, a UNESCO World Heritage Street.

On this street you can find some wonderful buildings such as Palazzo Rosso, Palazzo Bianco and Palazzo Tursi, three historical sites with an outstanding collection.
These buildings (Musei di Genova) mix paintings with sculpture, furniture and tapestry in some beautifully restored frescoed rooms. Some of the painters represented are Albert Durer, Gerard David, Titian, Veronese, Reni, Bernando Strozzi, Caravaggio, Murillo, Anton VanDyck and many more.

In the medieval Old Town, so called by the Gran Tourists, there is the Cathedral of San Lorenzo

Genoa has much more to offer, a beautiful Aquarium, which is the largest in Italy, built for the 1992 Expo collaboratively by Renzo Piano Workshop and Peter Chermayeff, a perfect place to visit with the children after you have visited the museums and the Cattedrale.
For more information:
Comune di Genova
(in Italian)
Enjoy yourself in Italy!!
Posted by Simona Albanese at 2:36 PM 1 comment:

I spent quite a long time in Auckland. Here I met many lovely people, I taught Italian and art history courses, plus I have presented quite a few lectures at the Auckland Art Gallery, which possesses several Italian artworks. (that was back in 2007!!) 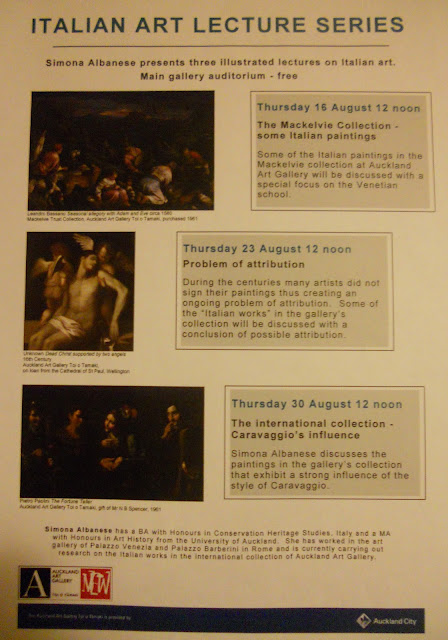 As many big cities around the world, Auckland has all of the large-scale attractions you would expect: museums, galleries, zoos and family amusement parks.
It is amazing how you travel and you see beautiful things everywhere!!!
If you want to know what happen in Auckland have a look to the link below:
Auckland
SkyWatch Friday


On January 6th, Italian children of all ages celebrate “il giorno della Befana”. La Befana, the benevolent witch who comes riding a flying broomstick, is a national holiday in Italy. She represents the end of the holiday season for millions of children, who are going back to school from their Christmas holidays the following day.
Today Piazza Navona is full of people to celebrate the end of the festivities.
If you want some sweets today don't forget to sing her song:
La Befana vien di notte
con le scarpe tutte rotte
col vestito alla romana:
Viva viva la Befana!
Posted by Simona Albanese at 9:07 AM No comments:

Another reason for visiting Rome: Annibale Carracci in Palazzo Farnese

Palazzo Farnese, one of the most beautiful palaces in Rome, open to the public to display his art collection from the Renaissance to the present. It was commissioned by Alessandro Farnese (1468-1549), who in 1534 become Pope Paul III. The building, begun in 1514 by Antonio da Sangallo the Younger, continued under the direction of Michelangelo (1546-1549), then finally by Vignola and Giacomo della Porta, who completed it in 1589.
The Cardinals Ranuccio, and Edward Alexander Farnese, Paul III's descendants, entrusted to the major artists of the pictorial decoration of the halls of representation: towards 1560, the Great Hall of the Fasti Farnese, around 1600, the dressing room, then the Carracci's gallery, where you can admire the beautiful works by Annibale Carracci. 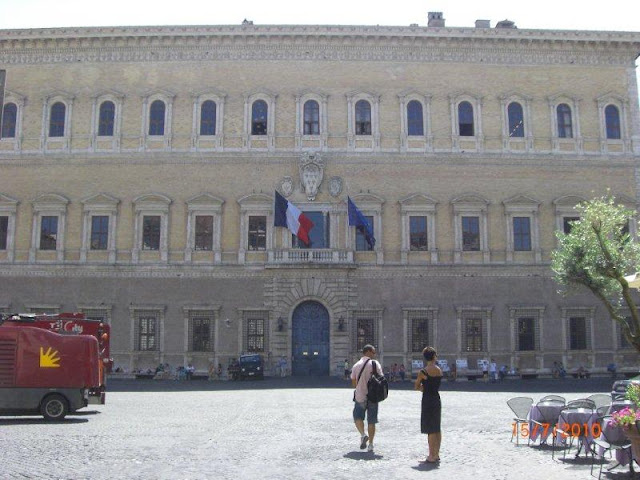 In the past Palazzo Farnese was purchased from France and then sold to Italy. Since 1936 the palace, located in Piazza Farnese, just off Campo dei Fiori,  host the French embassy.
For anyone with a passion for art I would highly recommend this exhibition!
For opening hours have a look to the link below:
Palazzo Farnese

Posted by Simona Albanese at 10:18 AM No comments:


Do you have questions?


simona1974@hotmail.com
or
albanese.simona@gmail.com
Posted by Simona Albanese at 9:12 AM No comments: